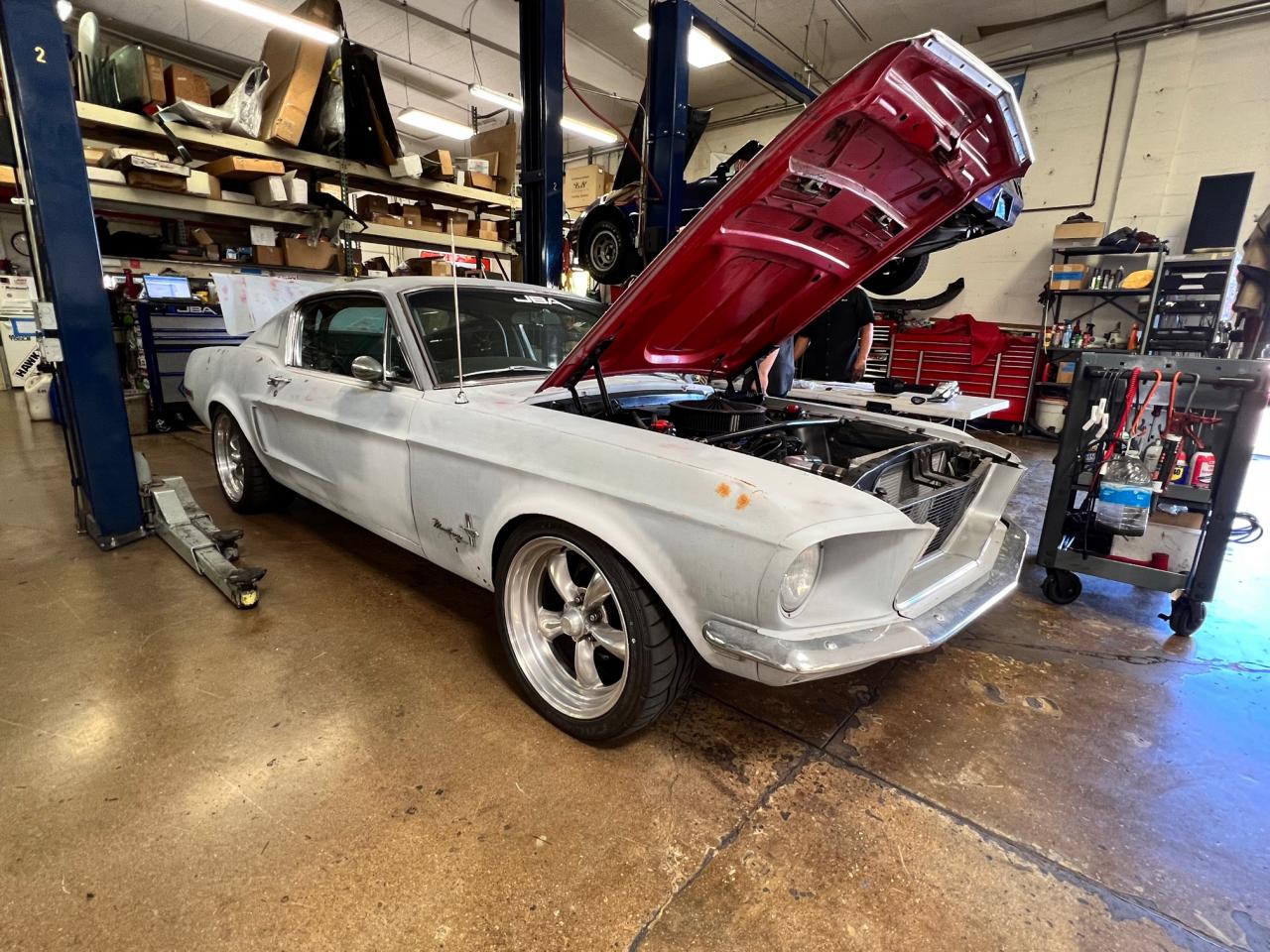 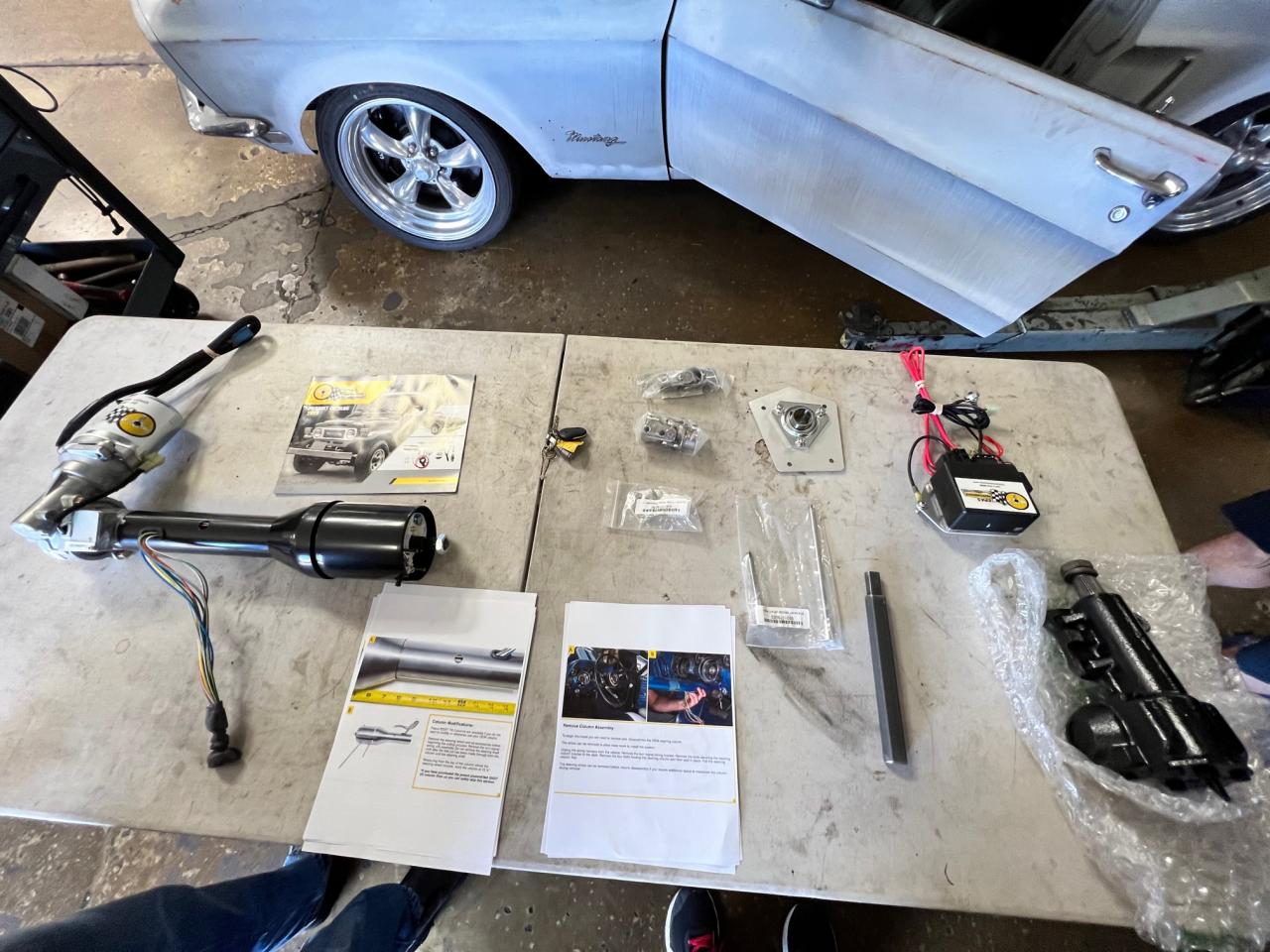 There is certainly no doubt that safe, secure and stable steering and brakes are critically important for any car or truck, old or new. We recently covered the brake side of the equation here: https://jbaspeedshop.com/n-12652-around-the-shop-september-8th-2022.html

Luckily, with the advances in today's after market, achieving this sort of goal is entirely possible--and furthermore at a cost that won't break the bank. While upgrading the steering on a car from the 1960s might not bring it to the exact level of refinement of a car from the 2020s, it can be brought considerably closer than what was being produced upwards of a half-century or more ago.

And that's the focus here. We're talking about a dramatic improvement over manual steering or engine-driven power steering as equipped in any 1950s-1970s car. That fairly recent development is electric power steering (first equipped in Mustangs in 2011, for example) that can now be retrofitted to just about any 1950s-1980s car.

In this case the company is EPAS Performance (epasperformance.com) and we're showing one of its electric power-steering systems being installed on a '68 Mustang. We would show the available applications here, but the list is so extensive, that the best thing is to go to the Website to look up your particular vehicle.

EPAS says: "Most cars, trucks, domestic and imports from the 1920s throughout the 1980s can be outfitted with our EPAS System and an easy step by step installation manual is available online for each kit that we offer. No major or irreversible modifications are made to a vintage vehicle and everything is located under the dash and is almost, if not completely invisible. Kits can also be mounted on race cars such as road racers, street/strip-type drag cars and off-road trucks. If your car is not listed as one we have already created a prototype for, please contact us and we can have a kit tailored to your vehicle and its exact specifications."

Features of the EPAS systems include:

• No welding required on most applications

• Engineered and assembled in the U.S.

According to EPAS, the system works thusly: "The module measures the amount of effort on the steering wheel and amplifies it with the aid of the electric motor. A potentiometer gives you control over the amount of assistance provided, allowing you to fine tune the EPAS system. For example, you can have maximum power assist while in a parking lot, and less on the highway. The system is only active while turning."

As you can see in the photo gallery, there are two interesting points to note during the installation procedure, which, by the way, was adeptly performed by our buddy and shop tech Chris Abrew. First up is the fact that the electric motor is pretty much hidden under the dash. You have to really get down there and look up into the dash to see it. Also, the engine front-accessory setup is considerably simplified by the elimination of the engine-driven power-steering pump.

All in all it's an outstanding setup that greatly improves steering feel, stability and safety in any vehicle that EPAS offers a set up for. And that's many applications to be sure. We've already installed several EPAS systems in a variety of Ford and GM cars and JBA Speed Shop could install one in your car as well. --Miles Cook