This rare color photograph of Ed Hinchliff was the lead shot from the 1968 T/A season recap article in the 1969 Wolverine Trans Am Program, page 43.

On its maiden voyage at Fontana, J. Bittle thumbs up his crew and friends that shared the 5 year jouney to bring back the Hinchliff/Ross Mustang to its glorious history.

J. Bittle enjoys celebrating the history and spirit of competition that vintage racing promotes around the country. With competition licenses from both the SCCA and the NHRA, he enjoys a wide variety of motorsports both current and historic.

Here’s Ed Hinchliff’s baseball-style card from the 1992 season. All competitors of the Trans-Am Series that year were featured in these hero cards. Ed had logged over 60 starts as an independent professional competitor in the SCCA Trans Am series when this card was issued.

Ed Hinchliff’s Mustang on his way during his first Trans Am race to 8th at Watkins Glen, August 11, 1968. 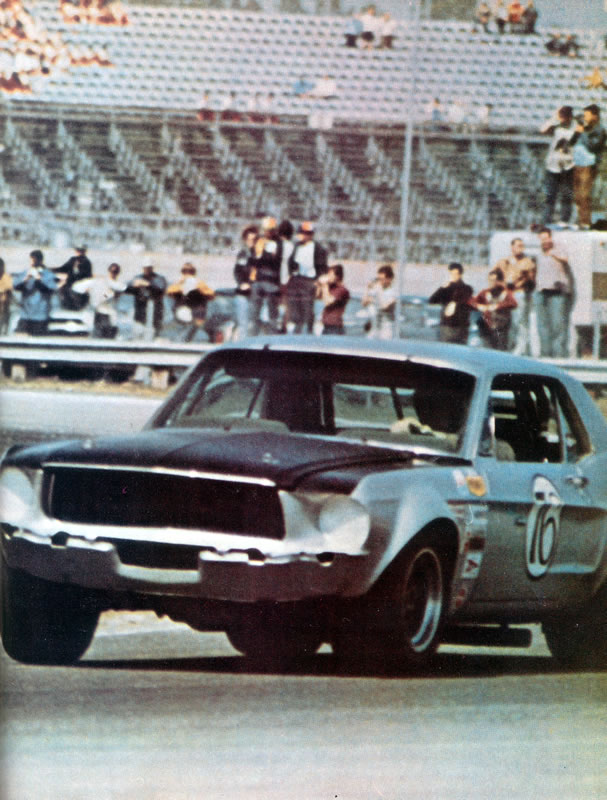 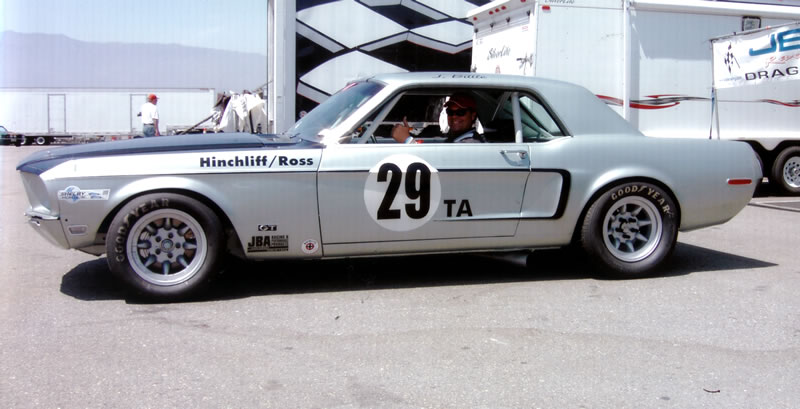 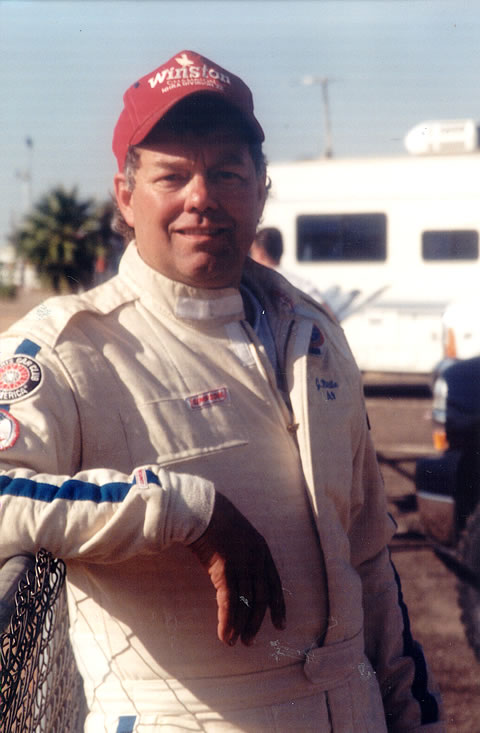 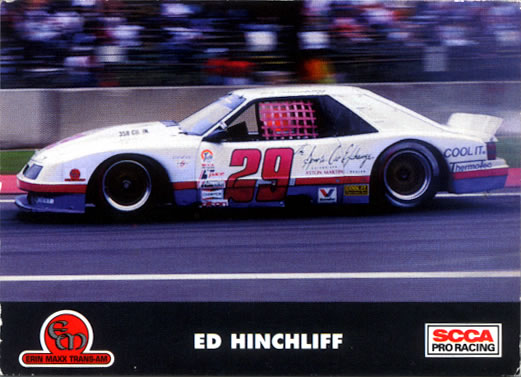 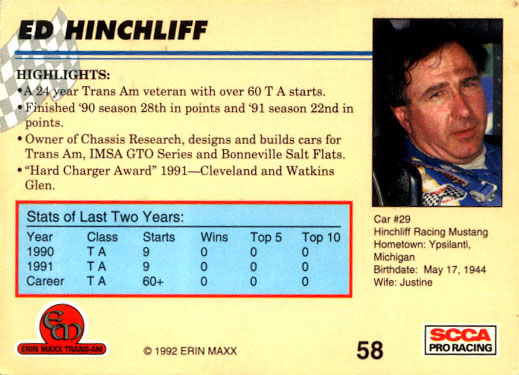 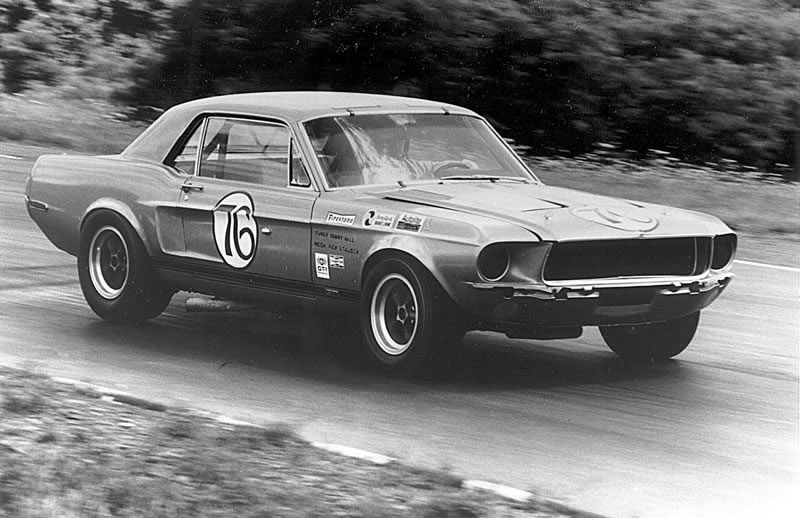 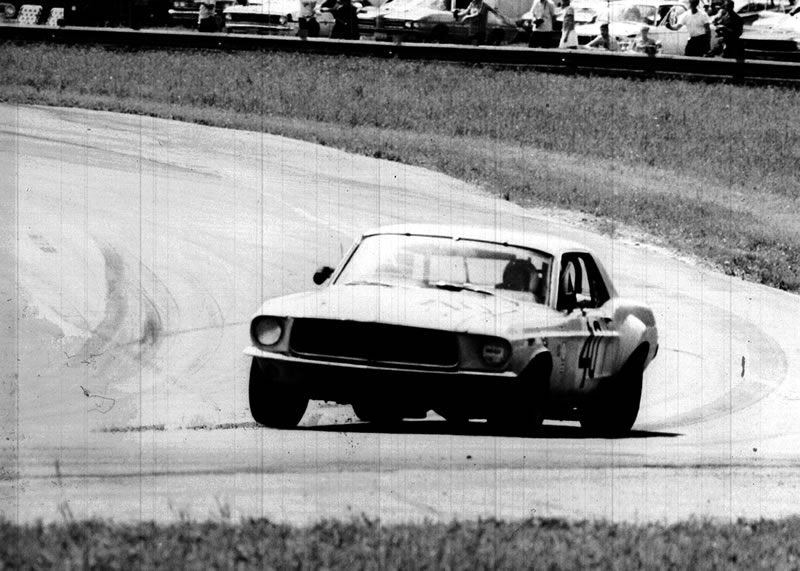