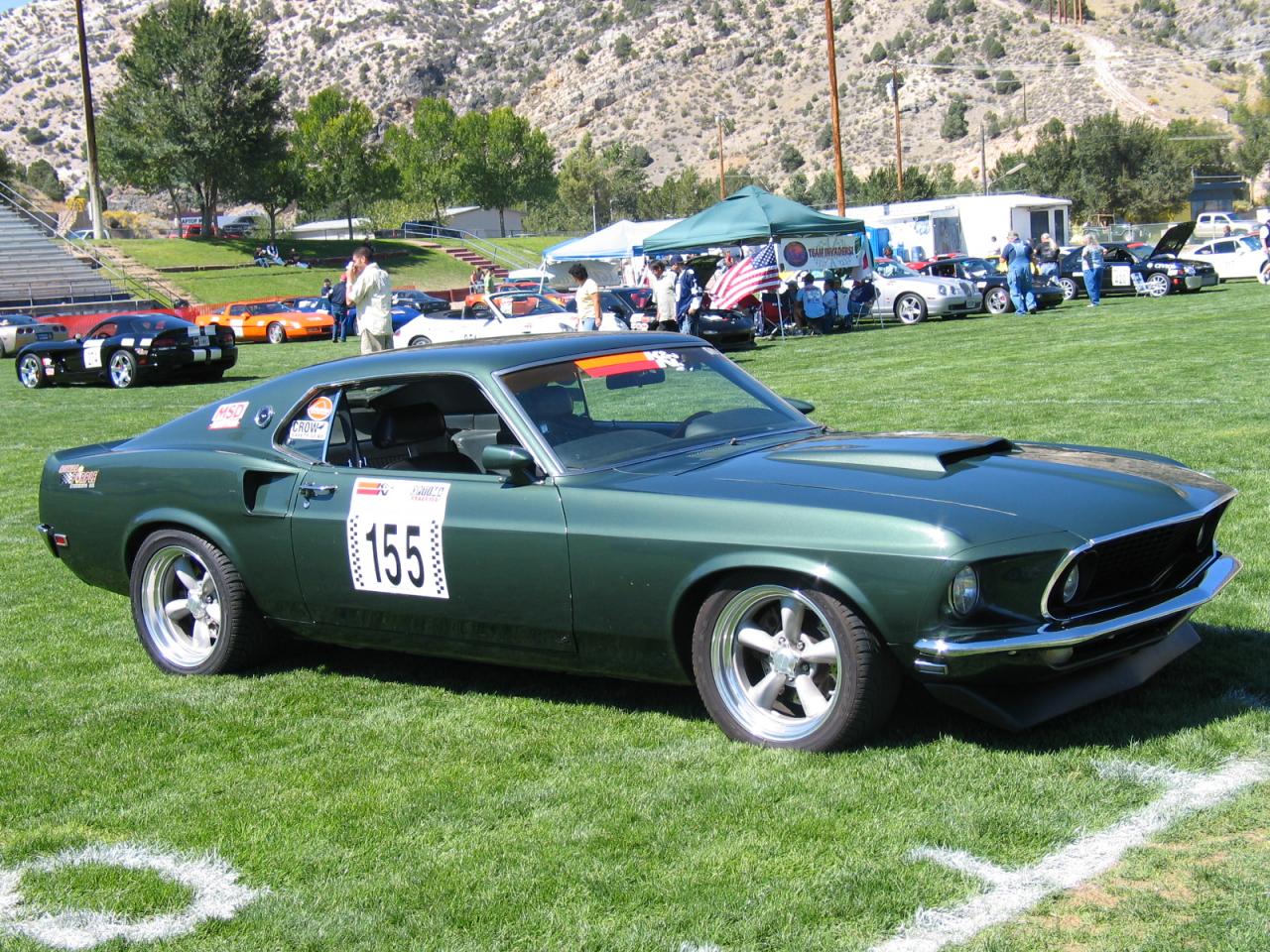 A good portion of GM, Ford and Dodge/Plymouth cars from the '60s and '70s have a mechanically-driven speedometer with a cable going from the speedometer to the transmission with a driven gear on the end of the cable.

When, about five years ago, the speedometer quit working in the '69 Mustang shown here and owned by yours truly, the initial diagnosis was that maybe a simple driven-gear replacement would be the solution, as has been the case with other cars owned in the past.

Not so fast as we discovered. In a what seems to be a rather uncommon occurence, it turns out that issue with our car was with the drive gear inside the transmission, rather than the driven gear on the end of the cable. Further confirming that nothing was going on with the speedometer cable or the speedo itself, we spun the driven gear and cable with our fingers and we could see that the speedometer worked when that was done.

In sort of a bummer-but-not-insurmoutable situation, we determined that something was amiss inside the '69's retrofitted T-5 five-speed manual that was sourced from a '90 Fox-body Mustang 5.0--pretty much the same gearbox as equipped in nearly all manual-trans-equipped '83-'93 Fox Mustang GT and LX 5.0s.

Besides the somewhat unusual possibility that the T-5's speedo drive gear could be damaged, there was also the chance that somehow the gear came out of position on the T-5's tailshaft. Getting the car up on a lift, removing the cable and driven gear, and then peering in the opening with a flashlight where the cable and driven gear locate, we were able to determine that, yes, the drive gear was out of position, because its teeth were not visible.

This meant that we needed to get inside the transmission to see what was going on. Was the gear damaged? Did the clip that held the gear in place fail causing the gear to slip back and away from where it's supposed to mesh with the driven gear on the cable? Either way, getting inside the transmission was required and there are two ways to go on this procedure.

The first option is to remove the T-5's tailshaft housing and leave the transmission in the car. The other choice is to completely remove the transmission and work with it on the bench. As you can see from the photo gallery, we went with the latter route, because the idea is that it's considerably easier to work on the transmission with it out of the car, rather than have to deal with everything from underneath the car, even though we had it on a ramp lift.

With the idea that maybe the clip and/or the gear might be the issue, we ordered a new gear and clip (available from us here at JBA Speed Shop) before removing the transmission, in order to have the parts on hand if needed.

Sure enough, after getting the transmission out of the car and the tailshaft housing removed, it was discovered that the clip had come off the tailshaft and the drive gear had slipped backwards. It was thus not turning the driven gear in order to make the speedometer work.

With JBA Speed Shop, expert transmission tech Carlos Robles Hinojosa on deck to help us out with the transmission itself, we first removed the T-5 from the car, which is a fairly straightforward procedure. This included unbolting and removing the driveshaft, transmission crossmember and rubber mount. The shifter also needs to be removed, as well as draining the fluid from the transmission. Final removal is completed by unbolting it from the car's California Pony Cars T-5 adapter plate (that can also be ordered from JBA Speed Shop) that's in place between the car's original Toploader four-speed bellhousing and the T-5.

With everything unbolted and a little coercion to the get the transmission and crossmember out from the above the car's exhaust system and H-pipe, we had the T-5 out of the car in about an hour.

With the T-5 now on the workbench, Carlos removed the tailshaft housing from transmission and confirmed that the clip had indeed come off from the drive gear. With the new parts already in hand, installation of the new gear and clip was readily made and everything was put back together.

And although the existing drive gear appeared to be undamaged, Carlos went ahead and installed the new gear along with the new clip to further ensure the speedometer will work properly once the car was all back together.

As you can see in the photo gallery, installing the new drive gear and clip in the T-5 is also not an inordinately complicated task. Some of the important parts of the project include gently pushing the shift-rail dowel pin out with a punch in order to be able to remove the tailshaft housing while the shift rail remains in place on the transmission.

There is also a single ball bearing that comes out of the shifter locating tray that's part of the tailshaft housing. This bearing needs to be retained and reinstalled in its proper location when the housing is reinstalled onto the transmission. It's visible in the photo that shows the housing bolts, dowel pin and bearing on the bench.

Other elements to take note of in the gallery include that we cleaned up the tailshaft housing in the parts washer and ran a thorough bead of sealant on the housing to properly seal it to the transmission. You can also see in another photo that new seven-tooth yellow drive gear is now visible in the opening where the cable and driven gear are located upon installation.

With the transmission back together, it was time to get it back up into the car. As can be seen in the gallery, getting the T-5 reinstalled included the requirement that the back end of the trans needs to be placed above the car's exhaust system H-pipe in order to reinstall it on to the back of the adapter plate and bellhousing.

Other procedures to wrap up reinstallation included reinstalling the four main bolts that hold the T-5 in place, as well as bolting the crossmember, mount and driveshaft back in place. Also note a new driven gear in place on the speedometer cable in another gallery photo.

The final step was to refill the T-5 with fresh ATF (automatic tranmission fluid), which is the required lubricant for these modern five-speed manuals. We went with Valvoline Dex/Merc, which is a recommended fluid for many GM (Dex) and Ford (Merc) applications. We used a pump and tank to pump the fluid into the T-5 and capacity is a little over 2 1/2 quarts. We ended up with about nine ounces left in the third, one-quart bottle.

With our '69 back on the ground and ready for a spin around the block, the speedometer works again and after several years we were quite happy with the results. Doing a usual YouTube search, we also found a pretty good video you can watch that also shows this procedure being done on a T-5 on a work bench to go along with our article:

Although this is all a relatively uncommon diagnosis, it's good to know about it if it occurs in a T-5 five-speed, a Ford Toploader four-speed as well any other GM, Ford or Mopar manual transmission that has traditional driven and drive gears on a cable and inside the transmission, respectively, as we showed here. --Miles Cook