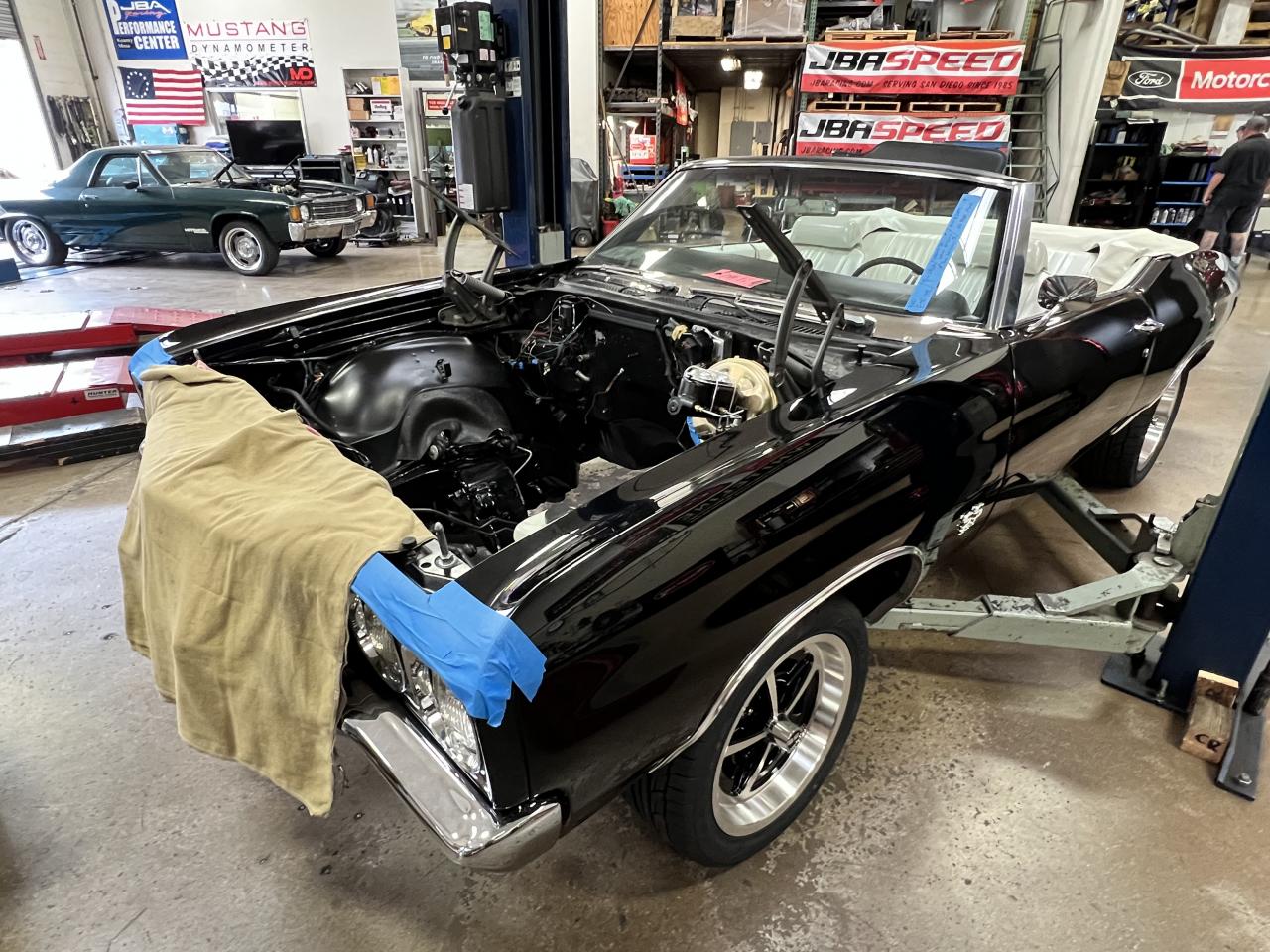 For the era of '68-'72 Chevelles, the '70 model year is often the most sought after because of its unique styling elements

GM A-body cars compromise a wide variety of makes and models and we love them all. A brief look at the full-perimeter-frame platform and its most collectible era from 1964-1972, reveals there were A-body cars from four GM makes including Chevrolet, Pontiac, Oldsmobile and Buick. The Chevys were basically a Malibu or a Chevelle and the high-performance variations were the SS models with mainly big-block 396 or 454 engines. Any SS 396 (starting in 1965) or SS 454 (starting in 1970) from the nine years of production mentioned above are big time (and big dollar) collectibles to be sure.

Studying those beloved BOP (Buick, Olds, Pontiac) makes, the Pontiac A-body cars were mainly comprised of the Tempest and LeMans models. The high-performance Pontiac A-body was, of course, none other than the GTO, which to many is every measure of the SS 396 and SS 454 Chevelle’s of the era. These days known as "real" Pontiac engines, displacements included 389 (with both single four-barrel and tri-power carburetors), 400 and 455 cubic-inch sizes during the '64-'72 run.

For the the Oldsmobile A-body car, it was generally the Cutlass, with high-performance models designated the 442. Engine sizes ran from 330, to 400 to 455 and as with the Pontiacs and Buicks, the Olds engines were unique to the division. The W-30 versions of the 442 were the ultimate Olds performance model in 1970 with the 455 in those cars rated at 370 horsepower. The meaning of "442" also changed. In 1964 it meant four-barrel carb, four-speed and dual exhaust. When the 400 engine came out in 1965, the meaning of the nomenclature was changed to denote 400-cubic-inch, four-barrel and dual exhaust.

Moving to Buicks, the A-body was known as the Skylark and the high-performance models were designated the GS (Gran Sport) and included the GS 340, GS 350, GS 400 and GS 455, which referred to the engine sizes. The peak of the Buick A-body car was the '70 GSX with 360 horsepower and a torque rating of 510 lb.-ft. which was pretty much the highest torque output of any Big Three (GM, Ford, Chrysler) engine from the '60s and '70s muscle car era. All in all, the BOP offerings for GM A-bodies encompassed a great variety of super cool cars--some of the best of all during the 1960s and early 1970s.

Coming back to the Chevrolet variations like the '70 SS 396 convertible we are working on here at the shop, this example is in show-quality condition with its flawless black finish and white bucket-seat interior.

To many who are dedicated GM A-body fans like us, a fair number of them would consider the '70 Malibu/Chevelle/SS 396/SS 454 to be the best of them all. Styling has quite a bit to do with that when considering '68-'72 Chevelle’s. Some prefer '68s and '69s with their own unique style. While others also like the '71s and '72s with their new-for-'71 single headlights and round taillights.

But for whatever reason, the '70s are often considered to be the pinnacle of Chevy A-body cars with their unique four-headlight styling up front and the one-year-only rectangular taillights in back. To further the point, there are those that have converted '71s and '72s to a '70 as was done here:

And if that '70 is a big-block SS 396 or SS 454, that basically is the top of the GM A-body collectible tree in two-door hardtop or convertible form. On top of the '70 having a great look, it's also the only year the top-dog LS-6 454 was available in any Chevrolet car--in this case an SS 454 Chevelle or El Camino. This 450-horsepower 454 was pretty much the baddest big-block Chevy of all time (with the possible exception of the '67-'69 Corvette-only L-88 427) and in a '70 Chevelle, it could run door-to-door with a dual-quad Dodge/Plymouth 426 Hemi of the same era, if not slip by one in a full-tilt throw down. The LS-6 made one final appearance in the '71 Corvette with less than 200 produced. Aluminum heads, a lower compression ratio and a 425-horsepower rating were changes from the Chevelle version.

In the '68-'72 second generation, some consider the ’69 and ’71 years to be the next most sought after, with the ’72s and '68s maybe a little less so. To our minds, all five years of this Chevelle/Malibu generation certainly have a great classic muscle car vibe to them. While all of this is clearly a subjective issue, we'll opine that we like the '69s about as much as the '70s and really don't have anything negative to say about '68s, '71s and '72s.

As for this '70 convertible, it's here for a large list of repairs and upgrades, not the least of which is a fresh Chevrolet Performance 502-cubic-inch short-block topped with a pair of Edelbrock heads, to go in front of its freshened up 4L80-E four-speed automatic overdrive trans.

It has also been fitted with Wilwood brakes and a super-cool set of HK Magnum 17-inch wheels (https://www.holley.com/brands/hk_wheels/). They are 17x8s in front and 17x9s in back and somewhat mimic the design of the original SS wheel that was sort of a puny 14-inch diameter back in those early 1970s days. Wrapped around those beautiful new wheels are Nitto NT555 G2 tires--245/45ZR17s in front and 285/40ZR17s in back.

Take a look around at the photo gallery on this way-cool '70 Chevelle SS 396 droptop and we think you'll agree it's clearly one of the most iconic GM muscle cars of all time in terms of its shape, style and overall vibe. --Miles Cook