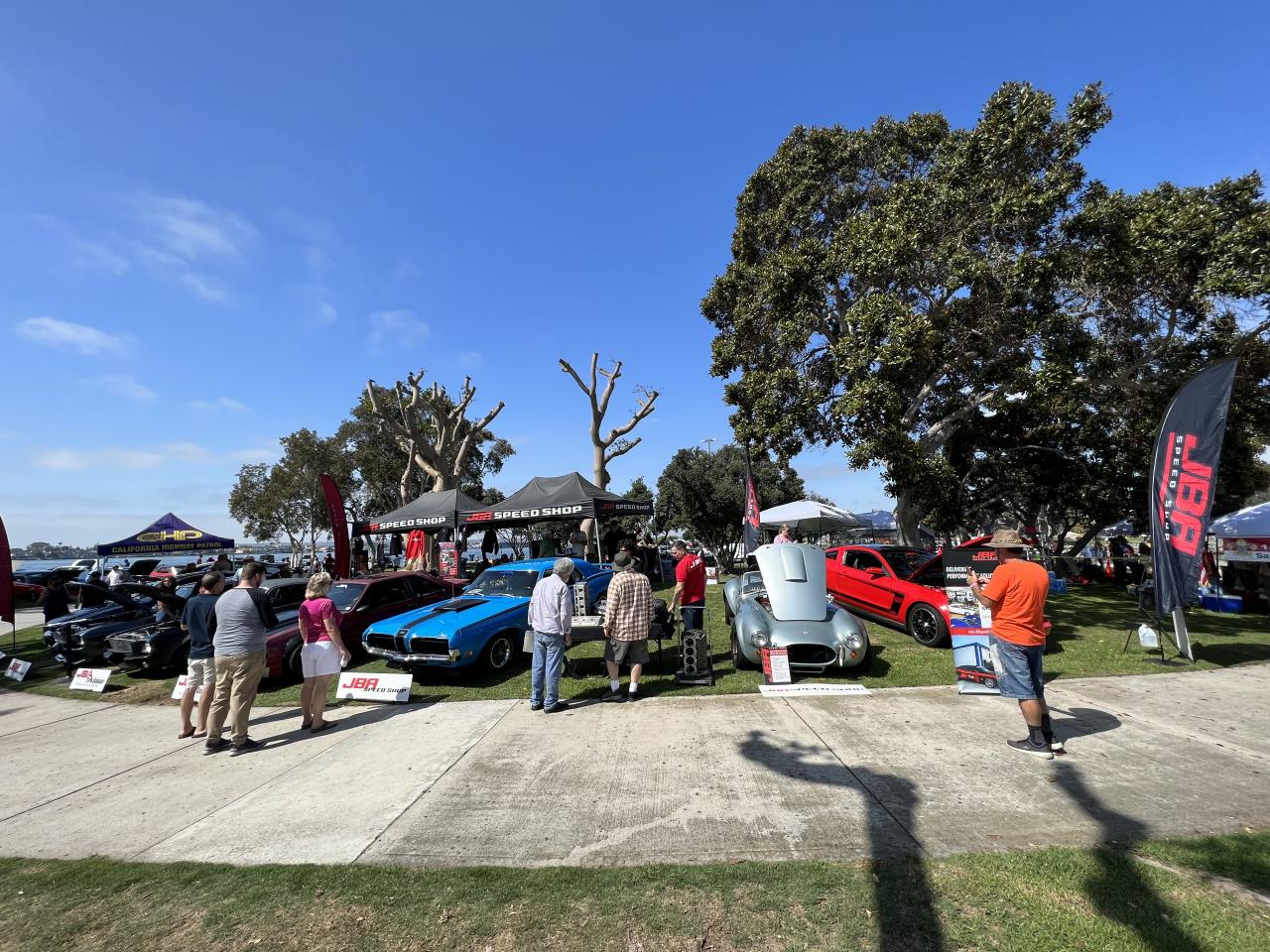 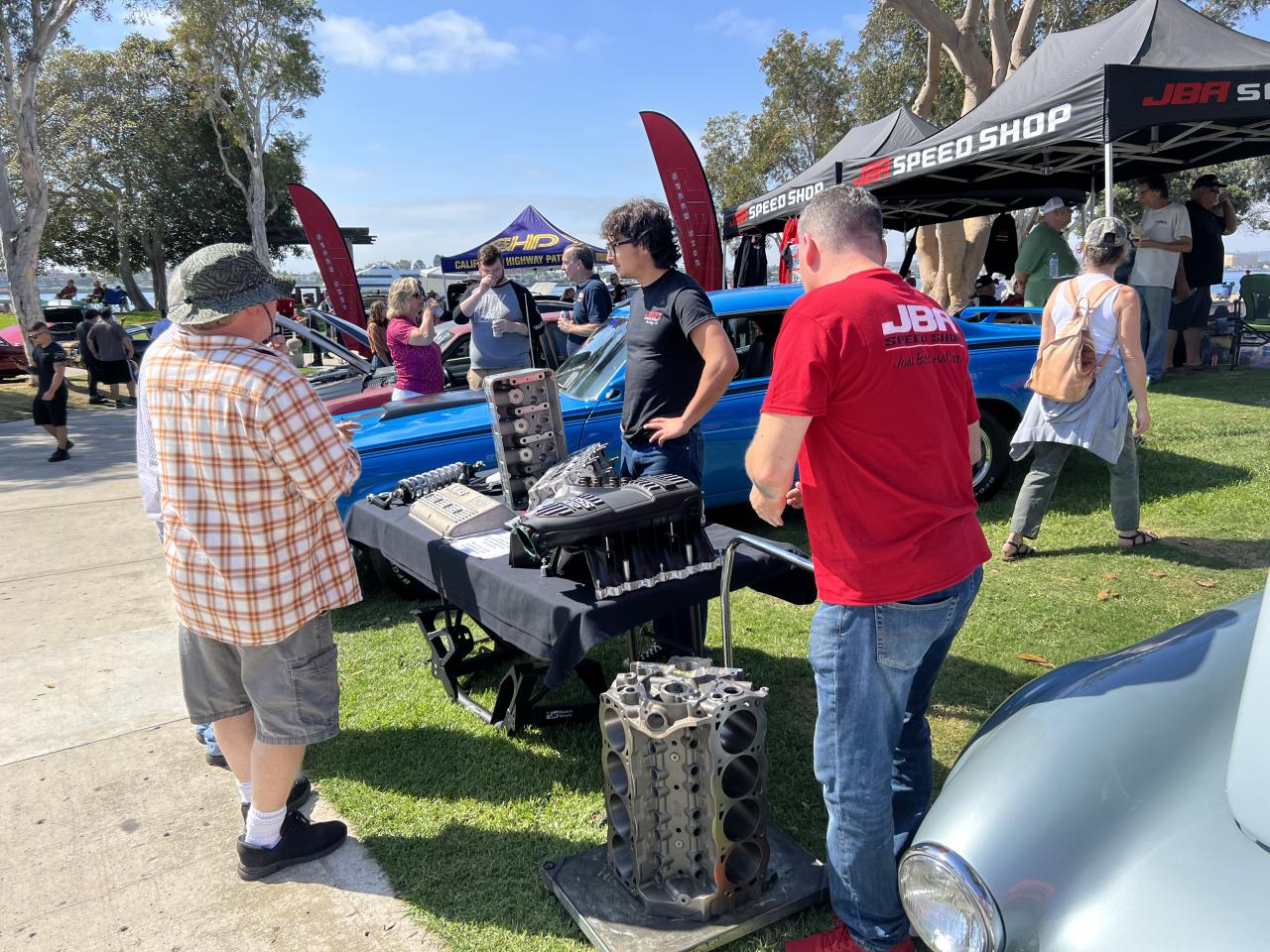 In October, 2022, the Mustang Club of San Diego (mustangclubsd.com) put on its 40th annual Mustangs by the Bay car show. A great day to be sure for checking out both vintage and late-model Mustangs and numerous other Ford models, show sponsor JBA Speed Shop was also in attendance with several cool cars of its own along with the shop's display tent.

It's a big deal for us for several reasons, including that we work on many of the cars that belong to MCSD club members. JBA Speed Shop is well-known in Ford circles around the San Diego area and we certainly enjoy being a part of the area's vintage and late-model Mustang-and-Ford-enthusiast community.

The below photo gallery is one the largest we have posted in a while and we'll note a number of the cars shown there starting with a pair of sweet Boss Mustangs in the mix. One was a red '70 Boss 302, while the other was a Black Jade '69 Boss 429. We are also major Fairlane fans, so we'd be remiss to not mention the Vintage Burgundy '64 hardtop as well.

As far as the cars gracing the JBA Speed Shop display, one of them was Tom Hufford's real and original 427 Cobra that he has owned for the better part of 50 years. Also there was Austin Bittle's black 2013 Boss 302 Laguna Seca; a rare car these days that you don't see all that often.

Speaking of Austin, about our favorite car at the whole show was his red '69 Mach 1, sporting legit R-code 428 Cobra Jet power riding on super-cool TA Engineering Superlite 17-inch wheels. Our admittedly biased fondness for '69 Mustangs is likely due to the fact that your humble JBA in-house editor has also owned a similar car for 20 years.

Even more importantly relative to Tom's Cobra and Austin's Cobra Jet Mustang, is the fine young man who can be seen gracing the drivers' seats and gripping the steering wheels of both cars. That's none other than Austin and spouse Courtney's son Denton, whom we'd wager will be avid car enthusiast by the time their handsome lad reaches the 3-4-year-old age range.

Also shown in the gallery, is Denton's Grandpa J Bittle handing out the Shelby Memorial award that's given out each year the MCSD show. This year's recipient was Michael Hume for his '66 Shelby GT350 clone and congrats go out to him.

Other cars of note in the gallery include a really slick '60 Falcon two-door sedan post car with a built 347 and a five-gear with three pedals. Also don't miss the bevy of S550s in just about every color there is as well as what seemed to be the lone Mustang II. No matter on that as the red hatch was T-top-equipped and we give Mustang IIs full credit as real Mustangs, carrying the torch and helping to keep the model alive for 58 years and counting.

In addition to the perfect San Diego fall weather that day and the super-chill vibe of everyone walking around and taking in all the awesome cars, MCSD also had show judging for the cars with an awards ceremony and very nice trophies to put just the right wrap on the day. All in all, it was a great event and everyone is surely looking forward to next year. --Miles Cook