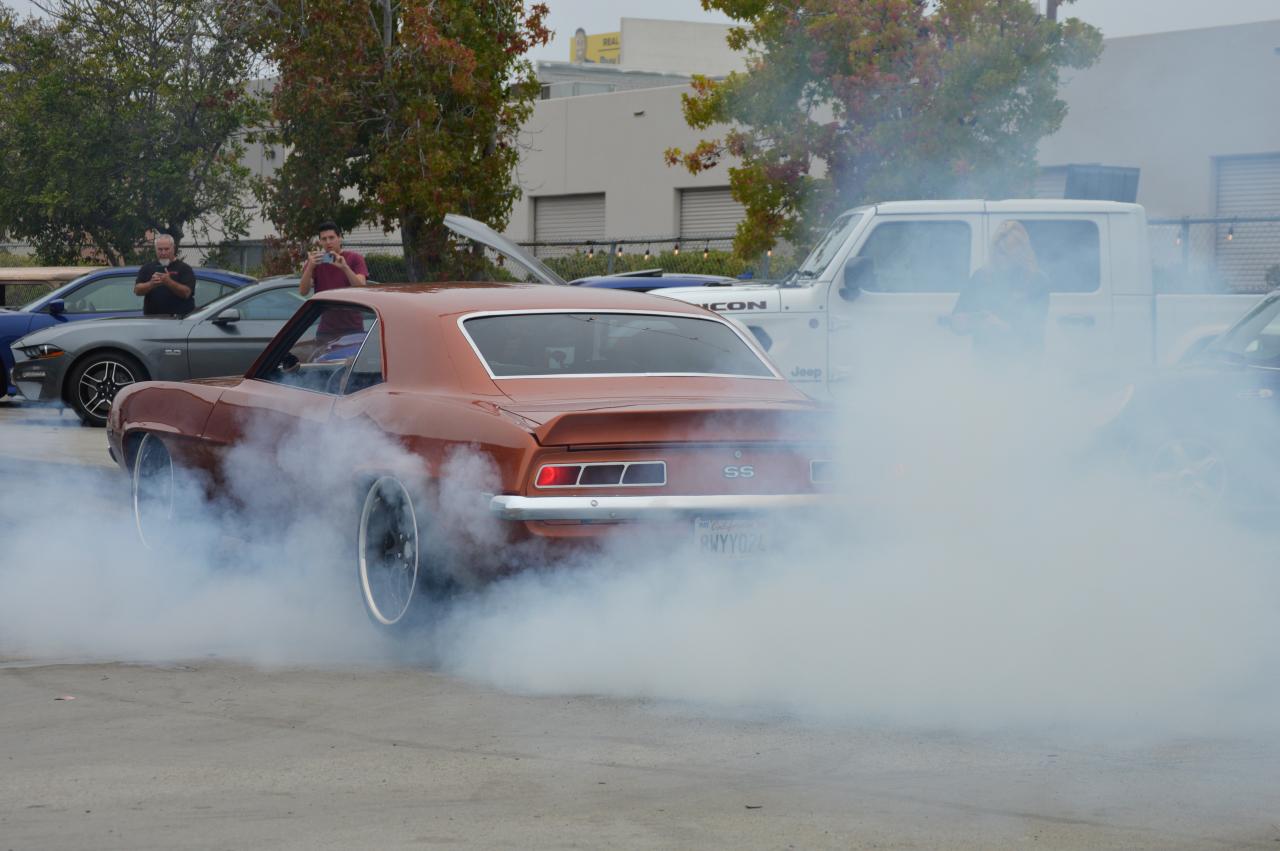 JBA Speed Shop has been doing its ever-popular Coffee & Cars events now for well more than a full decade, with the first one taking place in September of 2010.

It was a way to mark the new-at-the-time move to our Kearny Villa Road digs. Given that the one we're showing here was the 144th once-a-month event, the math shows we have been doing this now for a full 12 years. Pretty cool, eh?

Locally renowned Mary's Donuts in Santee also added an enjoyable element to the show with yummy donuts for all.

In the meantime, the photo gallery shows our usual good variety of cars that showed up for the 144th show. Some highlights included a super clean '69 Corvette coupe as well as a primo '62 Corvette that's here at the shop for new tires and a check-over for its new owner. JBA marketing manager Greg Raymond also brought his rare bench-seat '65 Mustang hardtop to the show so he could hang out and sip some joe.

Join us next month, as we begin the second 12-year run of JBA's venerable Coffee and Cars show. The next two will take place on November 13th and December 11th--the final two events for 2022. --Miles Cook