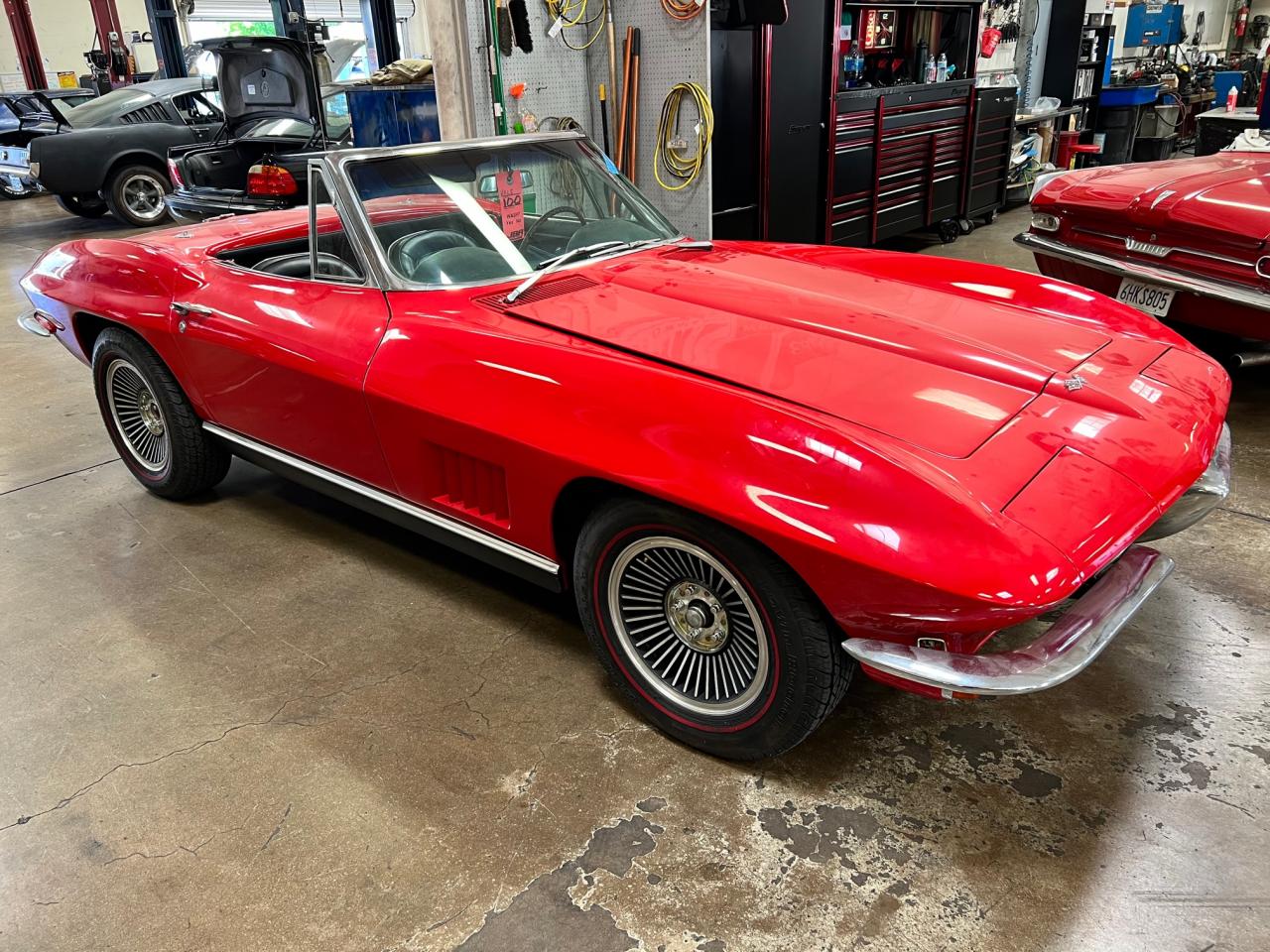 In our last Web item dated July 29th, 2022, we featured an otherworldly '66 Corvette coupe equipped with a 425-horsepower 427, which is, in fact, the top-level engine available for that year.

That car sort of gave us the impetus to write up an overview on big-block Corvettes built during the Mid-Year '63-'67 body style run. The same thing happened for us again at the shop this week, when another C2 Corvette came in for some service work including a set of new brake calipers with stainless-steel sleeves, an oil change, a heater-box replacement and a new battery.

This time around, instead of a big-block coupe, the spotlight is now on a sweet '67 small-block convertible driver with a great small-block Chevy in the form of a 300-horsepower 327. And not only that, a good majority of vintage Corvette fans and experts probably consider '67s to be certainly one of the most desirable years of just about any in the now nearly 70 years and eight generations of Corvette production.

As we did with the big-block cars in our last post, we decided to do something similar here and discuss the many 327 variants that were offered in '63-'67 Sting Rays.

For starters, the base 327s had no GM RPO (regular production option) numbers, given they were standard and the first 327 was the '62-'63, 250-horsepower version. These are very mild small-blocks with Carter WCFB four-barrel carburetors and were offered with a Powerglide two-speed automatic, a three-speed manual or most ideally a four-speed manual.

Next up for the '63s, the 300-horse L-75 which was also available with a Powerglide or a four-speed manual. Moving further up the option chain, the L-76 340-horsepower 327 has higher 11:1 compression, a required four-speed manual trans and a solid-lifter cam. To many, these '62-'63 Carter-AFB-four-barrel-equipped 327s are an ideal middle-ground between the two lesser engines and the sometimes fickle fuelie 327s.

But oh, those "fuelies!" The doghouse-style upper plenum with the crossed flags on it is just plain awesome. These engines are the L-84 and the Rochester mechanical fuel-injection system bumped the 340-horsepower L-76 to 360, the top-dog for those glorious Split-Window coupes and roadsters, too.

This was achieved with a high 11:1 compression, a lumpy solid-lifter cam, the best cylinder heads of the day, and, of course, that now legendary "fuelie" unit. This engine made the  '64 and '65 Vettes so-equipped most assuredly the baddest small-block Corvettes of the Mid-Year era, if not ever. To the further the point, none of the '63-'65 fuelie Vettes were available with an automatic trans or A/C.

The new option was the L-79, which was a very nicely balanced 350-horsepower 327 and it was similar to the L-76 with the exception of a milder hydraulic-lifter cam in place of the L-76/L-84 solid-lifter unit. The L-79 was also only available with a four-speed manual. No two-speed Powerglide slush boxes to ruin the sweet vibe of the readily-tractable-but-potent L-79. However, the L-79 (and L-76) could be optioned with A/C if a buyer saw fit.

While traditional 327 (1962-1968) and 350 (1969-1996) small-blocks in some form or another remained in Corvettes until the LS1 came along with the C5 in 1997, the big-blocks of the Mid-Year era sort of took over the sharper end of the performance mantle beginning with the 396 in the '65s. As a result, only 771 '65 fuelies were produced, which means today they are major blue-chip collectibles worth well into the six-figure range.

In the end, though this wasn't necessarily a bad thing, because while the old-school Rochester mechanical fuel-injection units were certainly super cool, they could be finicky at times.

No less than seven variations (see chart below) of the 327 were offered in '63-'67 Corvettes, from the sewing-machine-like cruiser of the 250-horsepower base 327 on up to the snarling '63-'65 fuelies. They were clearly a great run of small-block Chevys and we work on all of them here at JBA Speed Shop. --Miles Cook 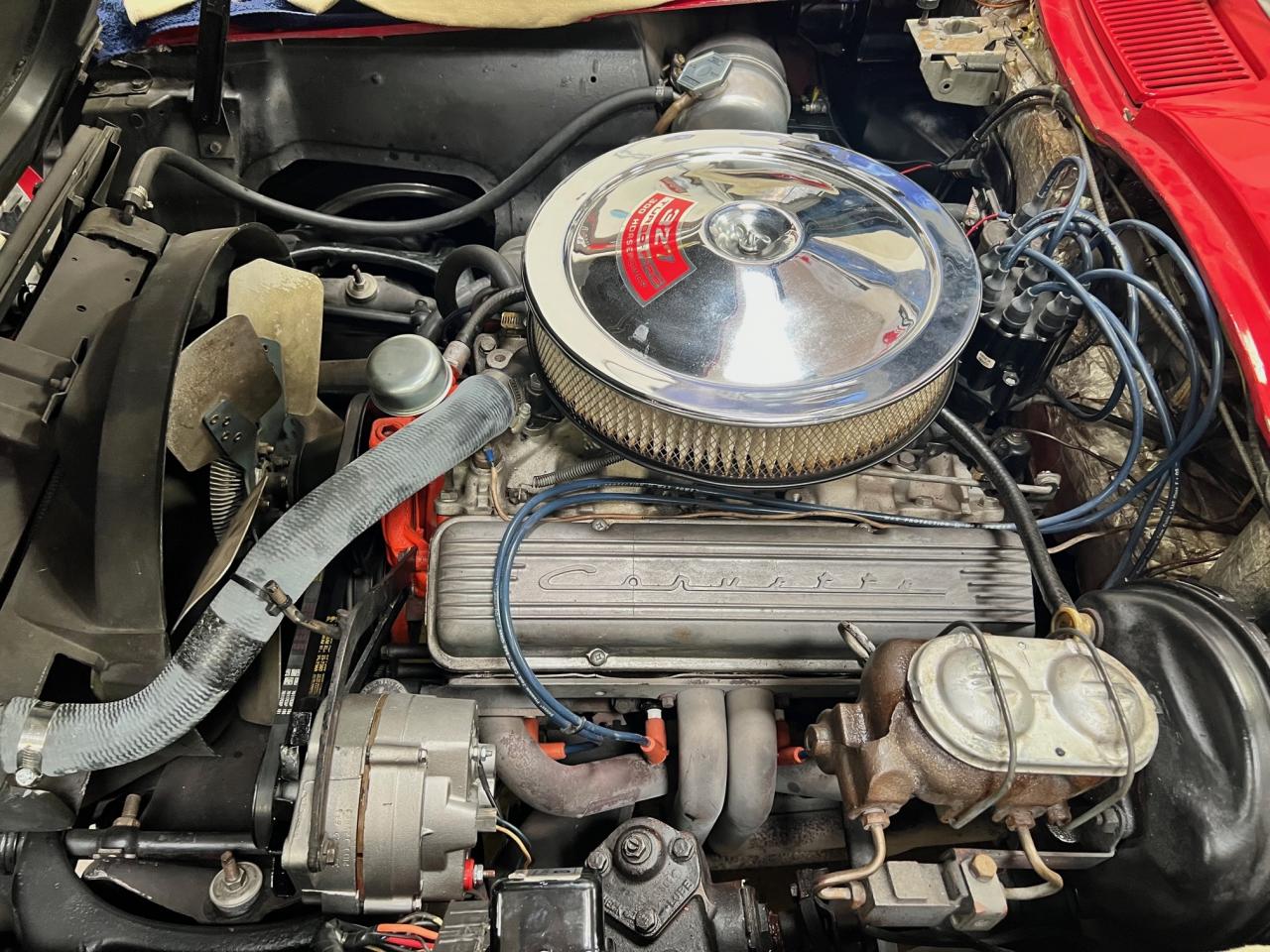