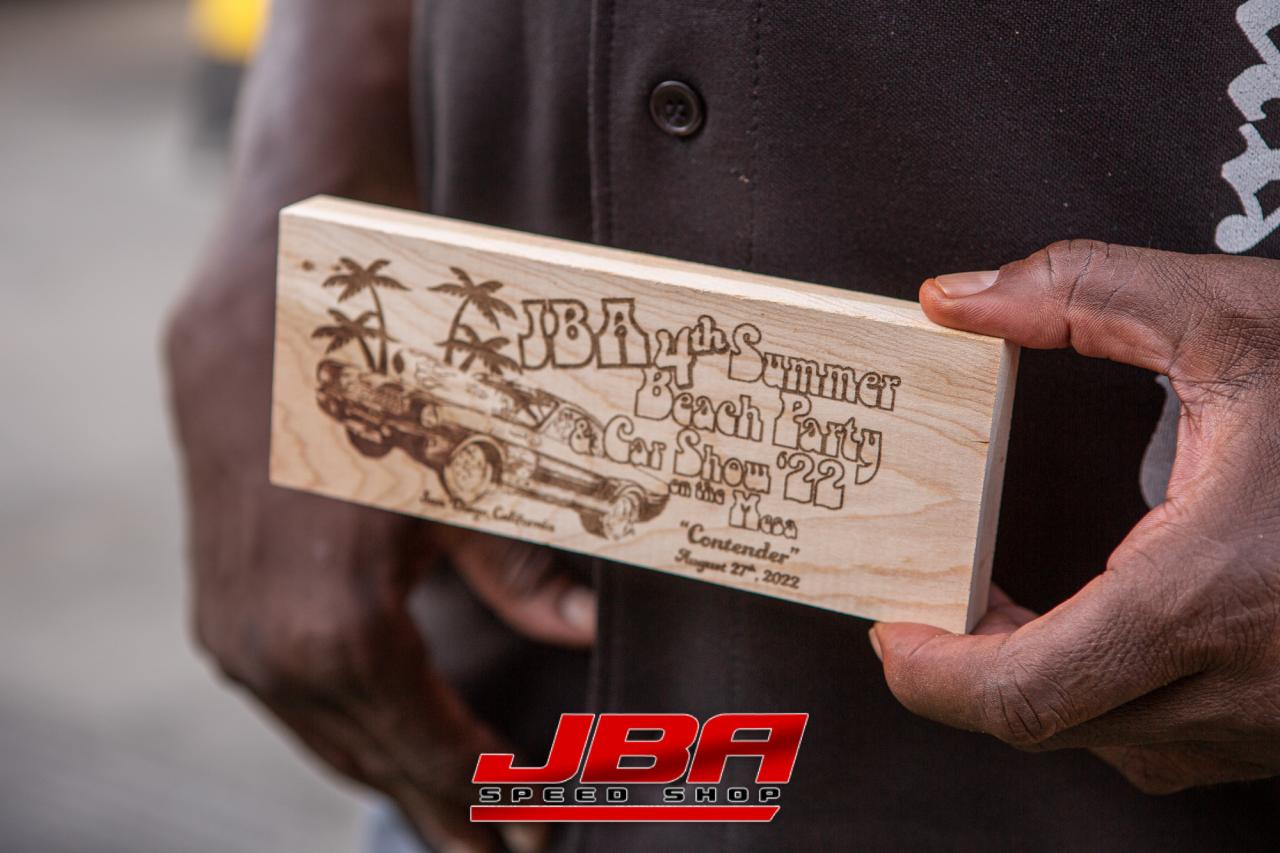 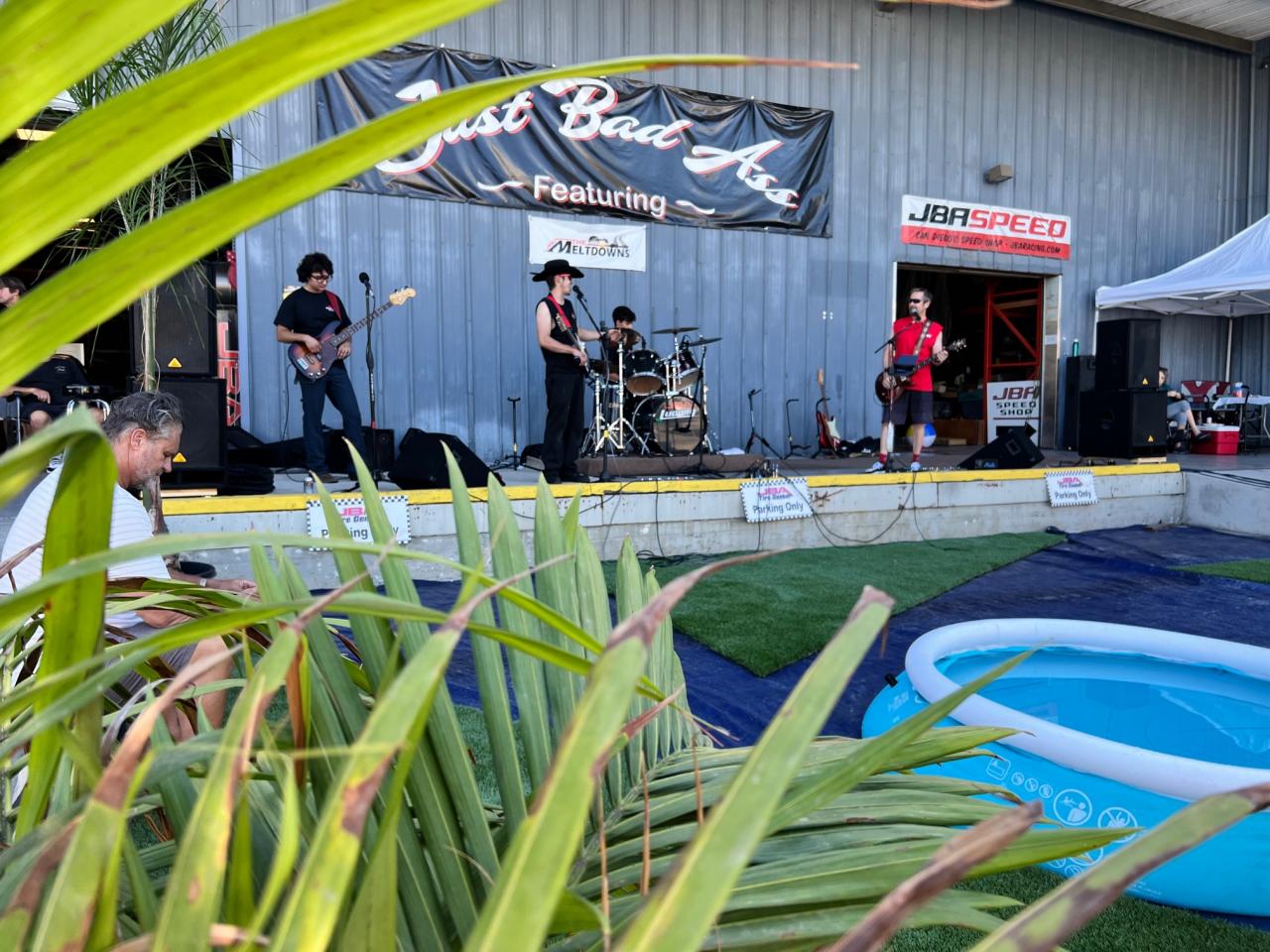 Our fourth and final summer party
of the year was good times,
with live music and a nice
helping of great cars

Billed as a "beach party" of sorts, complete with palm trees and a couple of blow-up wading pools to take a little dip in the H20, the August 27th, 2022 JBA Summer get-together was, as were the previous three events, a fun way to spend a Saturday afternoon.

Along with good barbecue, there was also live music in the form of The Meltdowns and The Traumatics. They did some very nice cover renditions from such legends like Jimi Henrdrix, The Doors, The Rolling Stones, Lynard Skynard and several others.

Besides all those things to add to the fun, the main attraction was pretty much all the great cars that were brought to the shop by employees, customers and local San Diego area car enthusiasts--more than 50 in all.

As you can see from the accompanying photo gallery, the band, trees and wading pools were a big hit with attendees. They all were a fun way to have something a little different at the shop along with a good variety of cars to check out.

Given that, the event was also a great to give something back to our loyal customer base and show how much we appreciate them.

We would also like to give a big thanks to Cori Dumas who helped with registration and a bunch of other stuff. She was decked out a cool Parisian beach-style dress that also had a great period-correct upscale early 1960s fashion vibe. Her attire certainly added to JBA's festive beach-party theme.

As for some of the cars in the gallery, they include a pair of '69 Firebirds, one of which appeared to be a real '69 Trans Am. The convertible was also finished in the white-with-blue-stripe color scheme. Both of these cars are rare to be sure and with only eight '69 T/A convertibles produced, the convertible was probably a clone. (https://www.hemmings.com/stories/article/1969-pontiac-firebird-trans-am-2) But no harm, no foul, as any first-gen Firebird is among the most desirable Pontiacs there are and these two cars are absolute gems to be sure.

And in a pleasant coincidence, there are more Pontiacs in the gallery to take note of including sweet '67 and '70 GTOs and an equally fresh '62 Bonneville convertible.

Staying with the GM iron, new service writer Steve Honeycutt's '64 Corvair Monza convertible as well as his latest purchase, a sweet '64 El Camino, were also on the grounds. And for those who like Ford power, the Sunbeam Tiger was something a little different on the spectrum.

So that's it for this summer. Keep an eye on this space for dates next summer in 2023. They will certainly be good fun as were the first four. Bring your cool vintage or late-model muscle car and come have a great time! 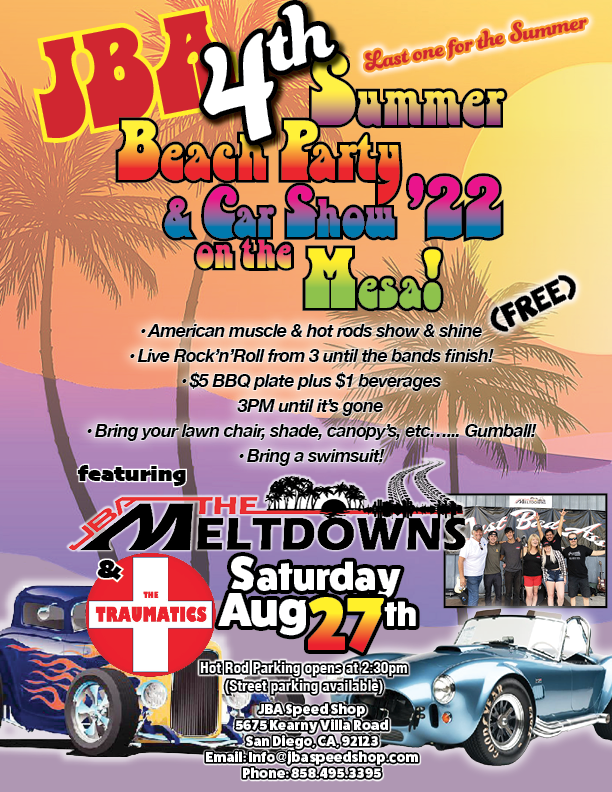