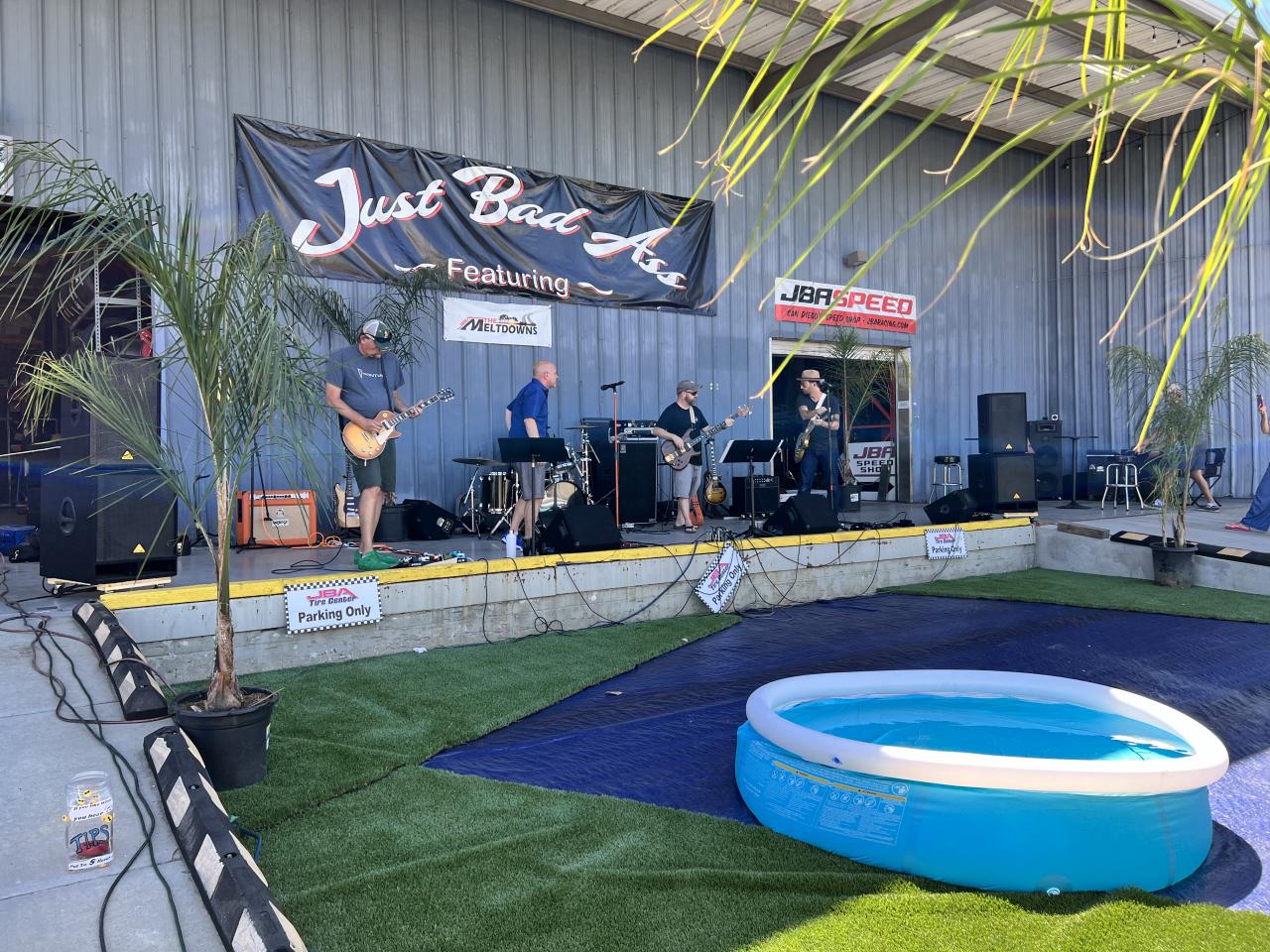 Our second summer party of the year was good times, with live music and a nice helping of great cars

Billed as a "beach party" of sorts, complete with palm trees and a couple of blow-up wading pools to take a little dip in the H20, the July 9th, 2022 JBA Summer get-together was a fun way to spend a Saturday afternoon and evening.

Along with good barbecue, there was also live music in the form of Dark Side and they did some very nice cover reditions from such legendary bands like Nirvana, Van Halen, The Rolling Stones and numerous others.

Besides all those things to add to the fun, the main attraction was pretty much all the great cars that were brought to the shop by employees, customers and local San Diego area car enthusiasts--more than 40 in all. As you can see from the accompanying photo gallery, the band, trees and wading pools were a big hit with attendees. They all were a fun way to have something a little different at the shop along with a good variety of cars to check out.

Given that, the event was also a great way to give a little something back to our loyal customer base and show how much we appreciate them.

Besides customers, there are a few gallery shots of two of our favorite (at least of this writer that is) employee cars in the form of Vicki Bittle's Vortech-supercharged, Race Red 2012 Mustang Boss 302 that graces our shop parking lot pretty much everyday. These modern-classic two-year-only S197 Boss cars have lofty 7,500-rpm Road Runner 5.0s (a nicely updated Coyote). They are also usually regarded as the best-handling solid-axle Mustangs to ever leave the Flat Rock, Michigan assembly line, which began building Mustangs in 2005.

Going back five-plus decades to the Mid-Year Corvette era ('63-'67, all built in St. Louis, Missouri, FYI) you will also see shop dyno-manager/operator Bruce Tucker's '63 Split Window coupe that also happens to be an ultra rare Z06 model (https://www.hemmings.com/stories/article/origin-of-species-z06-1963-chevrolet-corvette). Now sporting the best-ever carbureted Corvette small-block--a legit 370-horsepower, '70 Corvette LT-1 350 engine--and a Muncie M21 close-ratio four-speed, Bruce has owned this road-racer gem for about 20 years. He's the ninth owner of the car and a video of this historical Vette can be seen here: https://www.youtube.com/watch?v=G1ZWC-IvibA.

As for one of our best customers who probably has the nicest '69 Mustang convertible we've seen, Cindy Tomshany's ragtop sports a super-healthy JBA-Speed-Shop-built 347 backed by a 4R70W four-speed-automatic overdrive trans. Her first car, Cindy has owned this now-spectacular restomod since 1978 and we love it as much as she does.

Our next party will be August 27th, 2022. It should be good fun as were the first three. Bring your cool vintage or late-model musclecar and come have a great time! 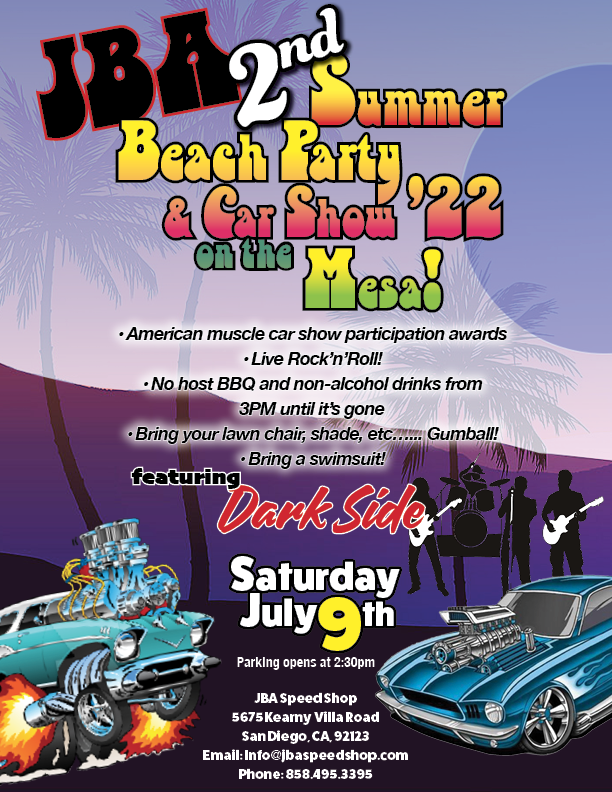