On Saturday the 4th JBA helped sponsor the 645 Squad Club's 1st annual car show held at the local CHP station. The JBA booth had some amazing cars including Tom Hufford's original 1967 427 Cobra, two of J's race cars, Bruce Tucker's 1963 split window Corvette, and Jeff Moore's 1933 Ford Coupe. JBA was honored to have the opportunity to present the 'Best Engine Award' to Knute Grani and his 1951 Henry J. The only thing shinier than the House of Kolor paint was the polished 671 blower. The most exciting part of the morning was the show's special guest Erik Estrada, who was kind enough to take photos with Team JBA! Thank you to the 645 Squad Club for having us there, we're excited for next year! 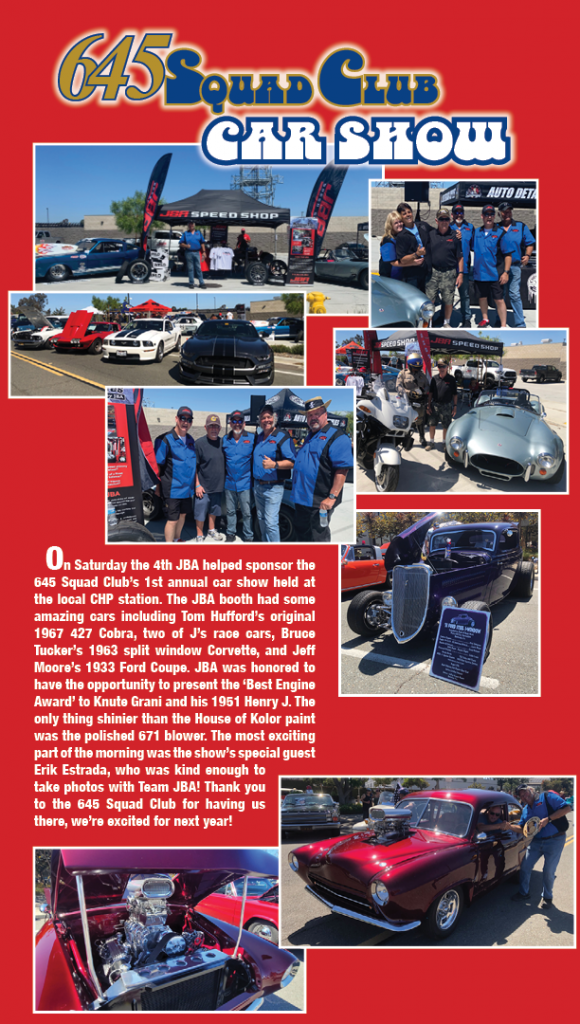 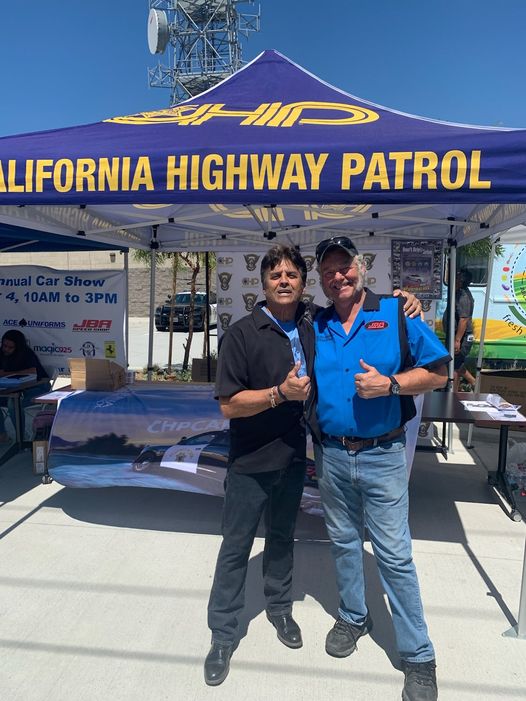 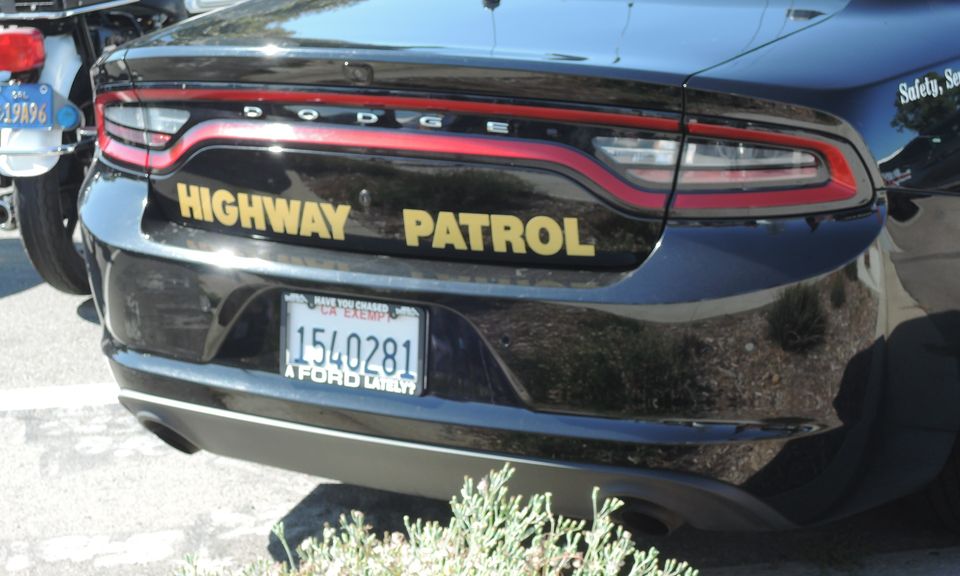