A Cinderella weekend began as we arrived just in time to get the last Paddock Space at The 50th Historic Reunion held at Laguna Seca Raceway in Monterey California. 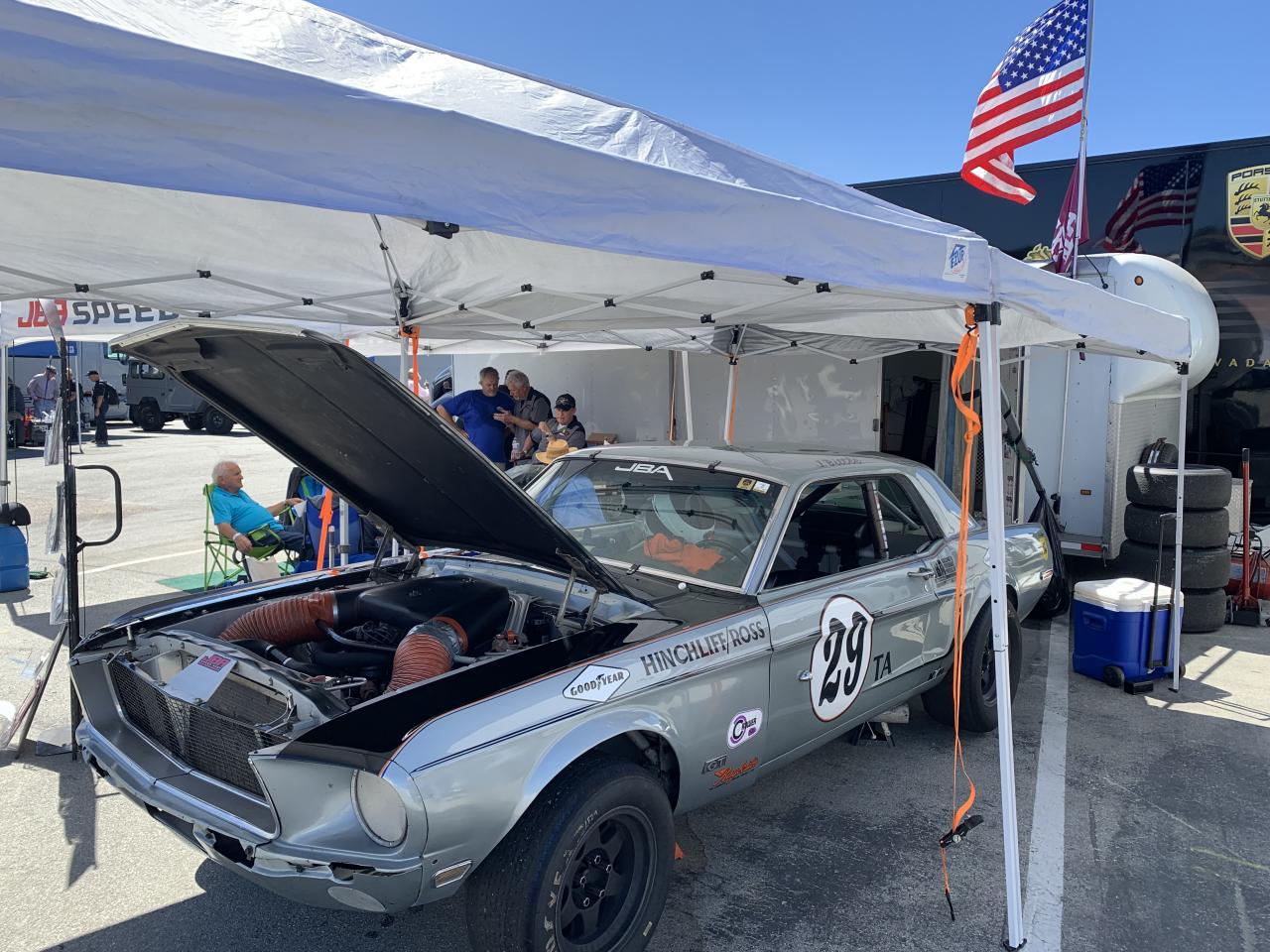 Team JBA unloaded and set up a very functional pit space including our typical hospitality area for the crew and friends of JBA to visit each day, of the four days of vintage competition. We breezed through Tech Inspection as always and learned something as the Tech inspector inquired about the play he felt in the wheel. We began to Prep while the Drivers Meeting ran from 9-9:30. Then Group 3A rolled out at 9:45AM

The initial session was deemed practice /qualifying and #29 rolled out to the grid starting 5th in the run group. With gusto the driver entered a GREEN FLAG first lap with cold tires and proceeded to move out into the lead. The test tires we treated to use for practice despite the car working great only netted Team JBA a 1:50 lap time. That was good for a 20th position in initial qualifying. It was super-hot, a record summer day that was also unexpected by everyone.

A cooler temperature morning run was in the works for Friday morning. The Crew Chief convinced me to stick to the plan and let him adjust the pressures and live with the old tires to qualify on. So, we did. The car was loose still but we managed to run ten solid laps and squeeze out a couple of 1:49’s which were good enough for moving into 16th Qualifying Place.
Time to make a few adjustments as the corner exiting seemed like more than just the old tires!
We decided to tighten the adjustment on the steering box and sure enough it felt it improved.

The excitement of the First Race of the weekend is always dramatic for the entire crew and spectators. Our pits were busy as we prepped and installed the better set of old tires from June’s Sonoma Speed Festival at Sears Point.

The fog is so thick in the AM that we cannot see the hill of the Corkscrew!! We RainX the windshield and roll out with all check lists checked!!

The Bitch came when we pulled up to grid and the Marshall attempted to park me in slot 19? Well I turned off the Tunnel Port and grabbed the Clip Board with Grid Sheet so I could study the mistake. Sure enough our hard earned 16th Grid Slot was given for some reason to someone that needed it more? Like an “inverted start” that no one says anything about early on, it sucks. But what the hell we passed them once. We can do it again. So now the fog is thicker and it’s almost raining. Let’s do this!

We settle for starting in 19th and strap in! Hans On! Helmet and Window Net Up!

So the tires look good still. Time for a full pre-race review, nut and bolt, and re-fuel!!

We roll out at 2:45pm for the Rolex 3A Race and expected another Grid fight! But no they pull us in and we hit our 13th Grid! Now we have a shot at our Goal! A Top-Ten Finish!! 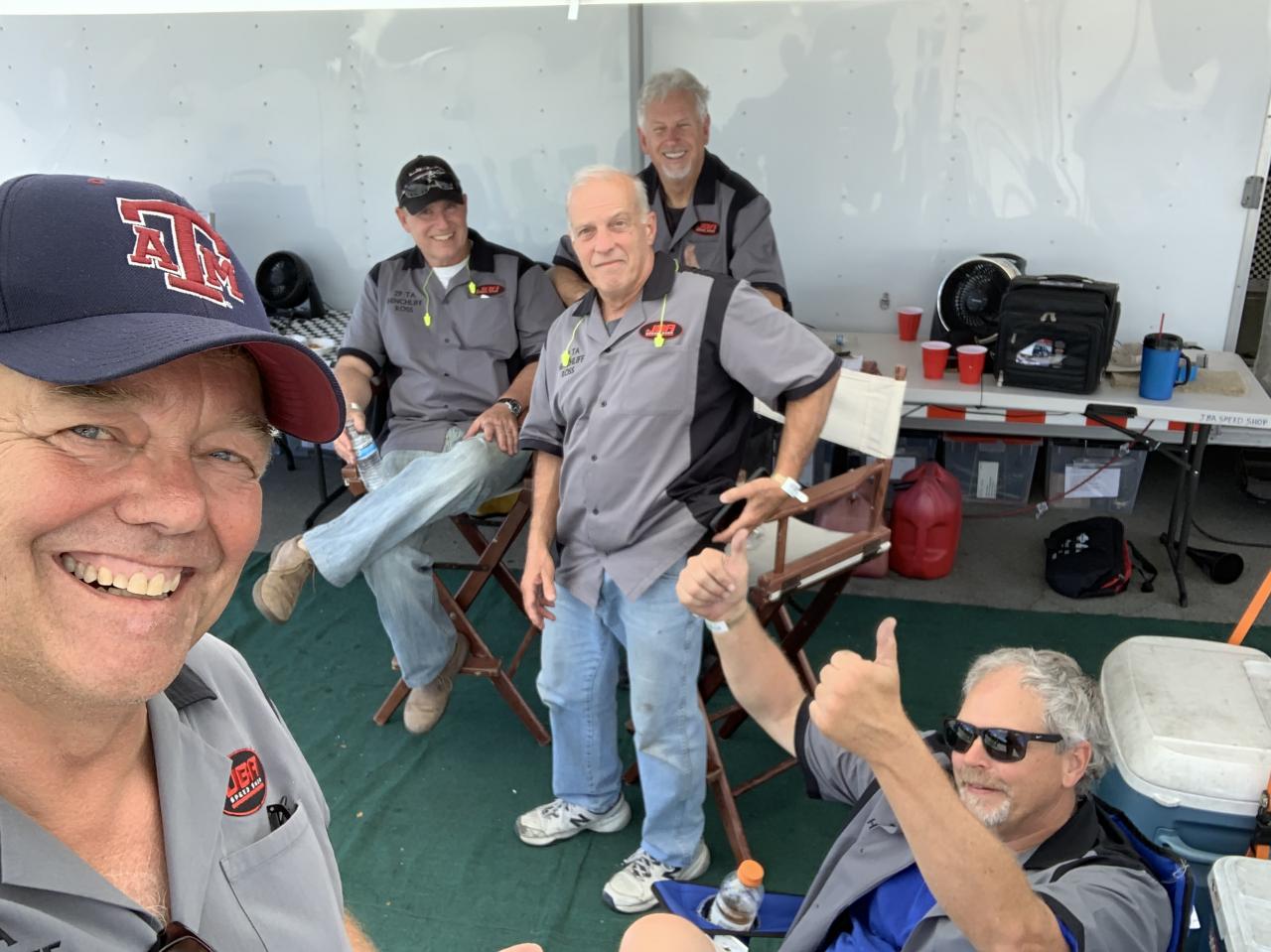