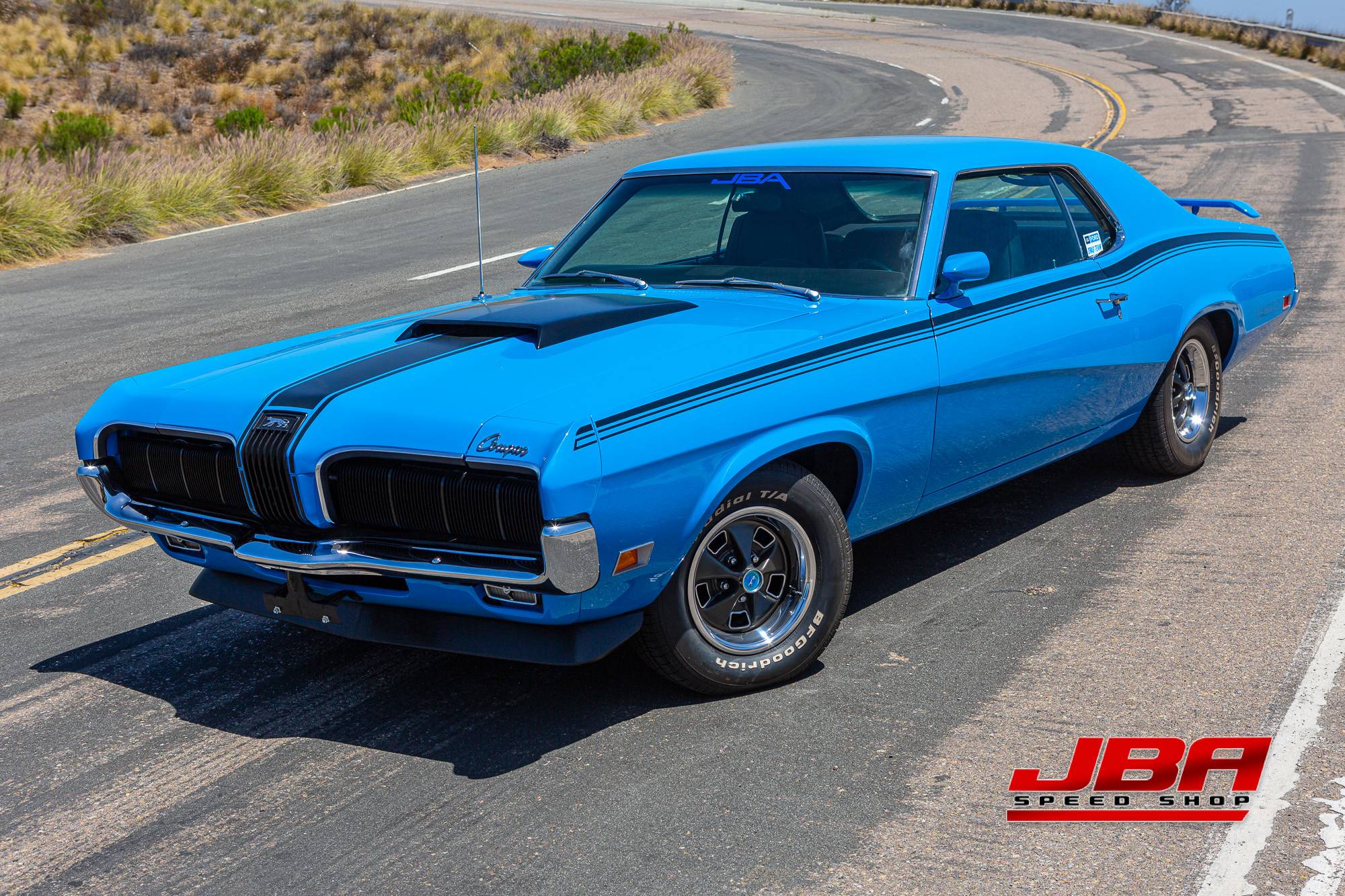 As the musclecar evolved during the 1960s, both performance and vehicle weight generally increased by the time the 1970 model-year models were introduced. The exceptional and somewhat more elegant '69-'70 Mercury Coungar styling compared to '69-'70 Mustangs, is evident in this gorgeous '70 Cougar Eliminator that's factory equipped with a Q-code, FE 428 Cobra Jet engine.

The Q-code is the same as an R-code 428 CJ, as the only main difference is the R-code cars were equipped with a ram-air shaker induction setup. Q-code cars are a non-ram-air arrangement with an underhood air cleaner and no shaker protruding through the hood.

In 1970 there were numerous different color options for Cougars and Mustangs including the bright pastel Grabber colors, such as Grabber Green, Grabber Orange and our Grabber Blue example.

Available with either an automatic like this car, or a Toploader four-speed manual (Boss 302s were all four-speed-manual equipped), this car also has standard power front-disc brakes, power steering, Eliminator graphics, front-and-rear spoilers and a blacked-out grill for the Cougar's hideaway headlights.

Whether cruising LA's Van Nuys Blvd. or Detroit's Woodward Ave., a Cougar Eliminator like this pristine example was sure to make the owners of Mustangs, 'Cudas, AMXs, Trans Ams, and Camaros at the boulevard stop lights, stop and take notice of this way cool Mercury musclecar from Dearborn.

This is a once in a lifetime chance to own a piece of muscle car history.