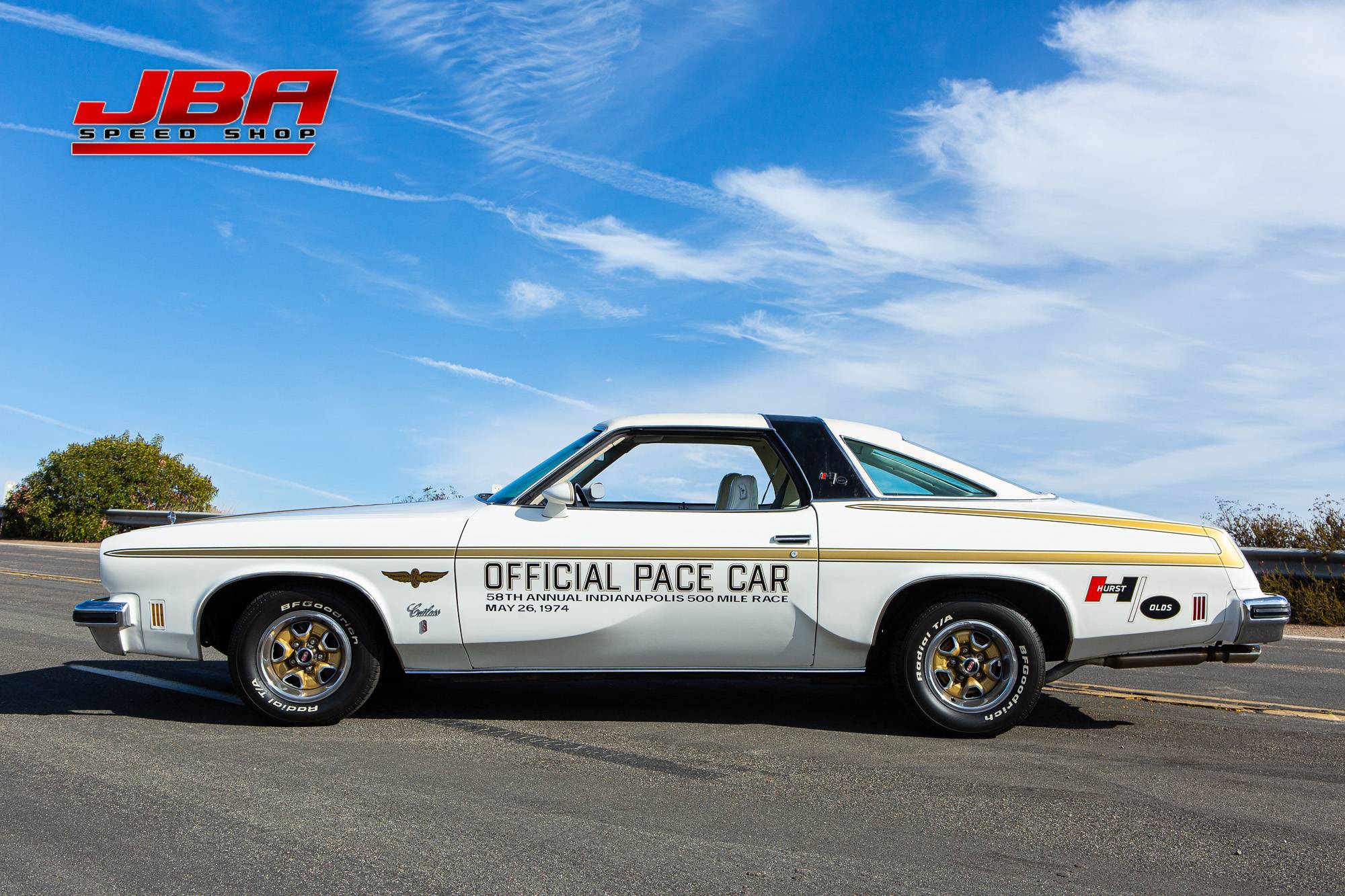 In 1974 Oldsmobile returned to the Indianapolis 500 for the third time in five years and for the second time in three years as a Hurst/Olds. For the first time, a 350 c.i. V8 could be ordered and was mandatory for California-bound cars. The 455 c.i. V8 was still available, but emissions and fuel economy concerns were taking their toll. Production numbers were small with only 1851 produced: 1800 coupes, 42 Delta 88's, 1 Cutlass 4-door, 2 Official Pace Cars, and 6 Custom Cruisers for press. Indianapolis Motor Speedway owner Tony Hulman requested a specially modified Cutlass Salon 4-door sedan for his own personal use. Built by Oldsmobile it appeared at the track with H/O graphics applied. 1974 was an eventful year at Indy for Oldsmobile enthusiasts.

Offered for sale is a tastefully modified Oldsmobile Cutlass S Indy Pace Car. Originally built as a W-25 with the California spec. 350, this piece of racing history is now powered by a strong 455 which produces 230hp through a “Turbo Hydra-Matic" 3 Speed Automatic transmission. The 455 was in only 380 of the 1,800 built, making this a very fun way to experience an exceptionally rare car. Available in exceptionally preserved “Cameo White”, this Hurst Olds features the “AN7” option package which includes swiveling black and white vinyl bucket seats. A special two-tone vinyl top gives the appearance of the “targa” roof which was found on the actual pace cars. Equipped with power front disc brakes, gold “Super Stock III” wheels, raised white letter tires and independent suspension the Indy Pace Car is ready to handle at the top levels of performance for its time. Sold new at Bonenblust & Buckman Inc. in Rochester, New York the car comes with the original window sticker, warranty card, owner's manual, maintenance schedule booklet, and other factory paperwork.